"The King of the Streets" 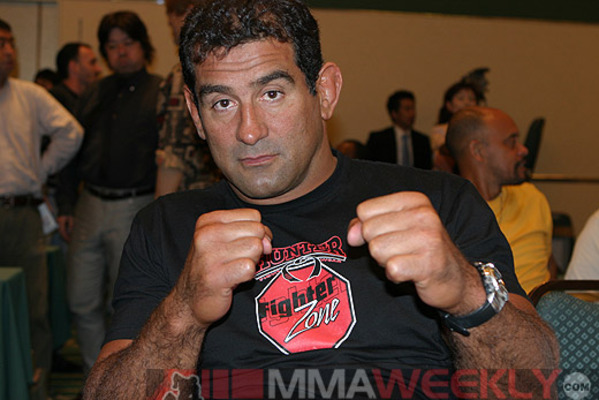 #97
Greatest MMA Striker of All Time

Marco Ruas is ineligible for regional rankings due to inactivity.
Fighters must have at least one completed MMA bout in the past two years to be ranked.

One of the great pioneers of modern MMA, Brazilian fighter Marco Ruas is the founder of Ruas Vale Tudo, a hybrid form combining various disciplines of striking and grappling, which eventually evolved into today’s mixed martial arts competition. Remembered as “The King of the Streets” for his toughness in the rough-and-tumble early days of MMA and, indeed, pre-MMA, Ruas was instrumental to many fighters with his guidance in the ways of Vale Tudo.He fought about 10 years before the UFC existed. He wanted a fight with Rickson Gracie but the fight never happened.  Marco also fought a vale tudo match against Marco Selva in 1986 that led to a draw.  Selva fought in Vale Tudo later on but never achieved the fame that Ruas did.

Ruas also had his nephew fight (Rodrigo)in MMA and even fought in the UFC.  Rodrigo lost his only fight in the UFC, though.

The winner of the UFC 7 tournament, Ruas never achieved mainstream renown as an MMA fighter, due in part to his age and the time in which he competed. He held notable career victories over some of the best fighters of his time, including Patrick Smith and Gary Goodridge.