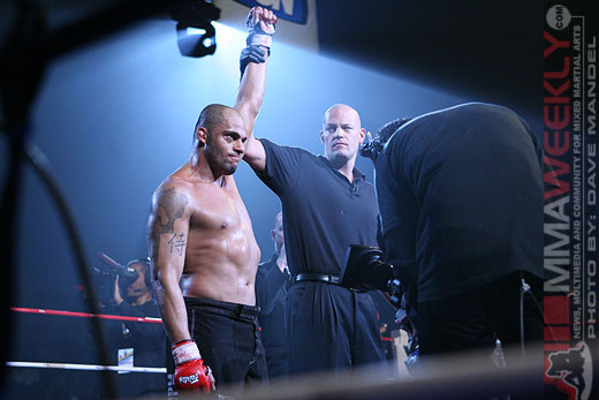 Allan Goes is ineligible for regional rankings due to inactivity.
Fighters must have at least one completed MMA bout in the past two years to be ranked.

Studying the "Gentle Art" of Jiu-Jitsu since he was seven years old, MMA fighter Allan Goes would go on to earn his black belt in the art from one of the most well respected figures in the discipline, the late Carlson Gracie, at the age of 18. After winning multiple world championships in BJJ competitions, Goes made the transition to MMA competition in 1995 and earned notable career victories over Vernon White and others in Pride, along with a draw against MMA legend Frank Shamrock in his MMA debut. Although he never achieved mainstream renown in MMA, Goes was one of the first world-class BJJ grapplers to enter the sport in the 90s and eventually founded one of the most successful fight camps in the world in Brazilian Top Team.