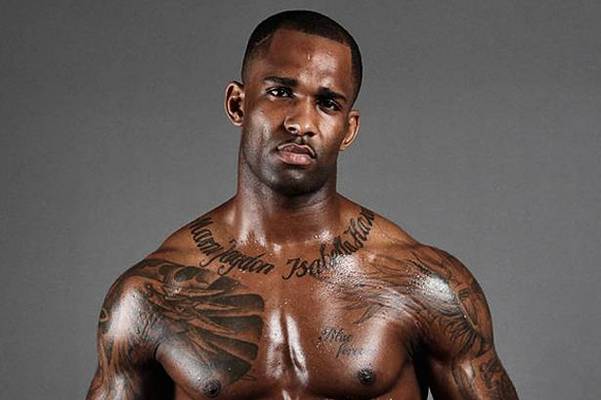 Jimi Manuwa is ineligible for regional rankings due to inactivity.
Fighters must have at least one completed MMA bout in the past two years to be ranked.

Manuwa is one of the highest touted prospects in MMA due to the massive power he possesses in his hands that have led to a undefeated record with all but one of his wins coming by KO/TKO in the first round. Manuwa led a troubled life in his earlier years. He was expelled from schools, got into fights frequently and went to prison for his part in a burglary ring. After getting out of prison, however, he took up MMA and attempted to reform his character. He now aims to train youngsters in MMA so they have something to aim for and don't end up like he did in his earlier years. He had twice turned down offers from the UFC because he did not feel that he was ready yet. He has finished all fourteen of his wins including an impressive thirteen T/KOs.

After picking up an 11-0 professional record, Manuwa signed with the UFC in 2012 and made his debut on the UFC on Fuel 5 card in Nottingham, England. He would face off against Kyle Kingsbury and showcase his striking skills. The fight would be stopped at the end of the 2nd round after Kingsbury had his left eye completely closed from the punishment. He next fought French striker Cyrille Diabate at UFC on Fuel: Barao vs McDonald. At the conclusion of the 1st round, it was discovered that Diabate had sustained a calf injury and would not be able to continue, giving Manuwa his second straight win in the UFC and second straight fight that was stopped between rounds. He fought Ryan Jimmo at UFC Fight Night 30 in Manchester, England and was able to earn another TKO victory when the fight was stopped late in the second round due to a leg injury to Jimmo.

He would have a big test in his next fight against title contender, Alexander Gustafsson, in the main event of the UFC's return to London at UFC Fight Night 37. He would come up short losing his first MMA fight when he was TKO'd in the second round with an uppercut. The only bright side to the loss was that he also earned the Fight of the Night bonus.

His first fight back since he broke his foot in training, Manuwa discovered what it is like to be fighting in someone else's country, as he faced Polish fighter Jan Błachowicz, in Kraków, Poland, at FC Fight Night 64: Gonzaga vs. Cro Cop 2. This did not effect Manuwa though as he won the bout via Unanimous Decision; getting him back into the win column.
FC Fight Night 64: Gonzaga vs. Cro Cop 2