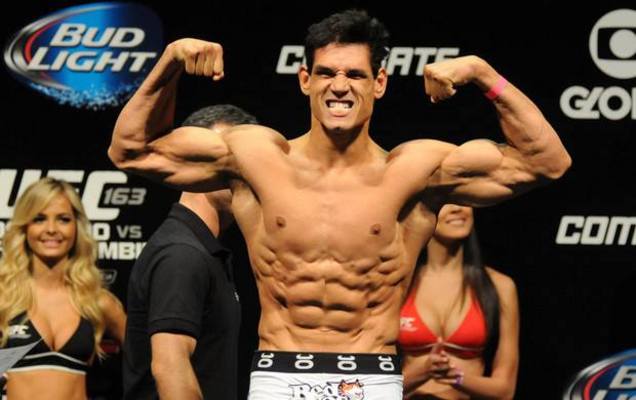 Fighting for a major organization has made Cezar Ferreira ineligible for regional rankings.

Cezar "Mutante" Ferreira was born in Ibitinga, Sao Paulo, Brazil who grew up fighting and practicing Jiu-Jitsu throughout his childhood. He left home at 17 and was taken in by Vitor Belfort who he began training with. His only losses came at the hands of tough competition in Elvis Mutapcic and Antonio Braga Neto.

Ferreira joined the cast of The Ultimate Fighter Brazil when he defeated Gustavo Sampaio to get into the house. He was the first pick chosen for Team Belfort. He would defeat Leonardo Marcarrao with a Guillotine in his first fight. He followed that up with a win over Thiago Perpetuo by a head kick KO. He was supposed to fight Daniel Sarafian to determine the winner of the season but due to an injury to Sarafian he would face Sergio Moraes instead. He would  win the fight by Unanimous Decision to become the winner of the Ultimate Fighter. His next test will be at UFC 163 when he faced Thiago Santos. He would finish the fight quickly with a Guillotine choke in the very first round.

His next match he would be against Daniel Sarafian in the Co-Main Event of UFC Fight Night 32 in Brazil. Cezar was rocked in the fight but was able to battle back and win the Split Decision.

Episode 1 Ferreira def. Gustavo Sampaio by Guillotine Choke in Round 2

Episode 5 Ferreira def. Leonardo Mafra by Guillotine Choke in Round 2