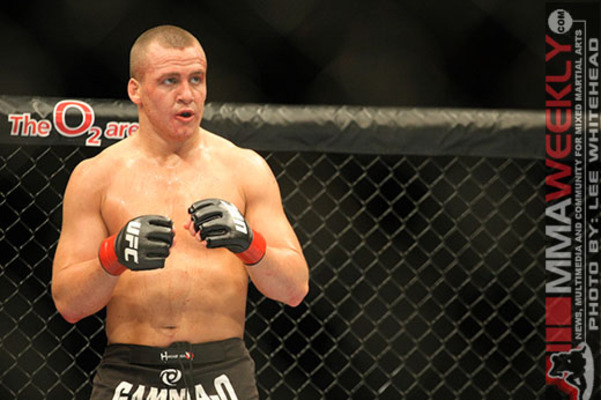 One of the better British fighters to emerge from the U.K. in recent years, Paul Kelly went undefeated in his first seven fights, including one in the UFC, before losing to Marcus Davis in 2008. Following a win over Troy Mandaloniz in 2009, Kelly announced his decision to drop from 170 lbs. to 155 lbs. in the hopes he could better compete with men that approximated his shorter frame. Since the drop, Kelly has reinvigorated his career, submitting Matt Veach in 2010 and emerging as a viable threat to the upper echelon of UFC lightweights.

Primarily a technical striker, as are most of the British MMA fighters, Kelly has separated himself somewhat from the rest of the pack because of his well-roundedness and ability to grapple on the ground.

in May 2012 under suspicion of being involved in a large drugs ring and after his home was targeted in a number of raids by the police Paul Kelly was arrested, in May 2013 he was found guilty of heroin trafficking and sentenced to 13 years in prison.