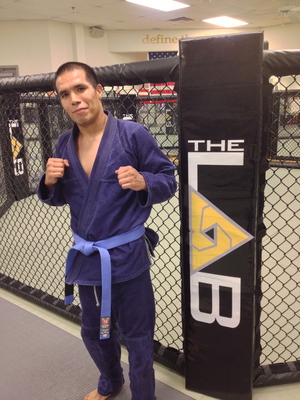 Mike De La Torre is ineligible for regional rankings due to inactivity.
Fighters must have at least one completed MMA bout in the past two years to be ranked.

Mike De La Torre began training in 2005 he just wanted to get in shape but took a fight after his trainer asked if he wanted to. He was given the nickname "El Cucuy" because he kept beating the top guys in Mexico and everyone would pull out of fights with him so the promoter and fans gave him the nickname. He was the MMAXX Fights Lightweight champion down in Mexico, he currently holds a blue belt in Brazilian Jiu Jitsu.

He would sign with the UFC and face a tough test against UFC veteran Mark Bocek. It was a closely fought fight and he would lose by Split Decision. He would lose his next fight to Brian Ortega by submission but the result was overturned to a No Contest following a positive drug test for drostanalone by Ortega. De La Torre will look to pick up his first UFC win when he faces Tiago dos Santos at UFC Fight Night 61.