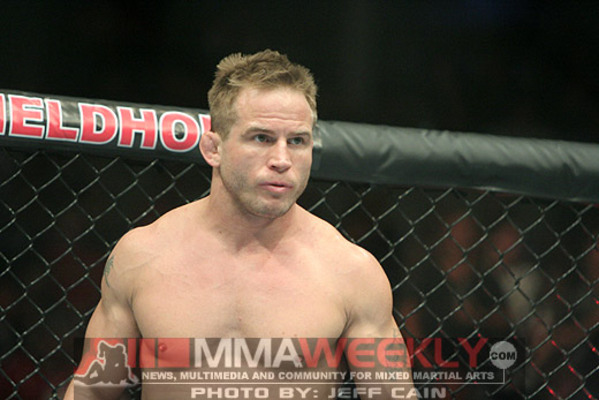 Sean Sherk is ineligible for regional rankings due to inactivity.
Fighters must have at least one completed MMA bout in the past two years to be ranked.

Sean Sherk is a veteran MMA fighter and the former UFC lightweight champion of the world. He is an extremely seasoned fighter, having begun his professional career in 1999, and continues to fight to this day. “The Muscle Shark,” as he is known, has been among the top fighters in the world for the better part of his career, competing both at lightweight and at welterweight.

Sherk began his MMA career a stunning 29-1-1, with the lone loss a close decision to Matt Hughes at UFC 42 in a fight Sherk was at one point winning. Since that time, the only other losses to cloud Sherk’s resume have been to Georges St. Pierre, BJ Penn and Frankie Edgar, all of whom are current or former world champions. The high point of Sherk’s fame came in 2006 and 2007, when lopsided, smothering decision wins over Kenny Florian and Hermes Franca in which Sherk appeared not to slow down at all over the course of five rounds had many calling him not only the best conditioned MMA fighter in the world, but unbeatable at lightweight. While Sherk did prove beatable, replays of his conditioning routine during the UFC’s “All Access” documentary show continue to drop jaws.

A frightening physical specimen and an excellent wrestler, Sherk is also a capable striker who often lands well despite a reach disadvantage. His problems in fights come when he elects to stand and trade instead of playing to his strengths and fighting relentlessly for takedowns. Most recently, Sherk has been forced to miss a number of UFC cards due to injuries either to him or to his opponents, but figures to return to the lightweight title mix relatively soon.