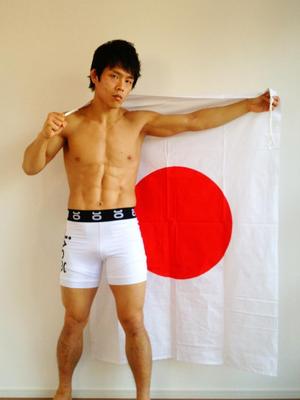 Tateki Matsusda is a professional mixed martial artist in the flyweight division who has recently fought under the UFC banner going 0-2 in both fights with the promotion before being shown the door. Matsusda who is a brown belt in brazilian jiu-jitsu & trains out of Team Sityodtong had been fighting on the regional circuit for six years before getting the call to fight Chris Beal at UFC Fight Night. While Matsuda was arguably winning the fight up until the second round, the more experienced beal was able to get his groove together and get a unanimous decision win (29-28, 29-28, 30-27). Matsuda was offered one more fight this time in the flyweight division against Joby Sanchez who's only real win deserving of mentioning was a technical knockout win over former WEC/UFC alumni Antonio Banuelos. Sanchez would be the Figher walking out with the win after he was awarded the split decision victory over Matsuda (30-27, 29-28, 28-29), who was released from his contract following the fight.
Ever since being released by the UFC Matsuda has fought twice, beating Johnny Camble via unanimous decision & Joe Pearsom via submission and at only 30 years of age he may have another chance to fight in the octagon.