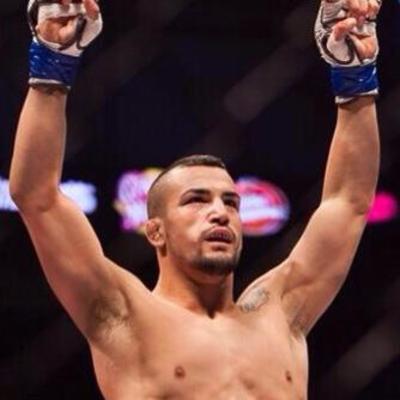 Fighting for a major organization has made Mirsad Bektić ineligible for regional rankings.

Mirsad Bektic, a native to Bosnia and Herzegovina, was born on February 16th 1991. Due to the civil war and the Serbian aggression on Bosniacs, his Family was forced to move to Italy to escape the possibility of execution. A the age of three , his family decided to relocate to Germany, where they spent five years before arriving to Lincoln, Nebraska in the United States. Eight years old at that time, Mirsad was thrown into a whole new, unfamiliar, world without speaking a word of English. He soon overcame that obstacle by making friends and doing his best to learn and understand the American culture and customs.

Having been a natural athlete even at his young age, Mirsad decided to pursue Karate at the age of twelve and later Boxing, In which he quickly excelled. During his High School years he began body building and even placed in a few mid-west competitions until one day his Nutritionist invited him to come to an MMA workout. This was a new and exciting world for Mirsad, which later on would prove to have unleashed the true talent and potential of his abilities.

With his Karate and Boxing background he not only was immediately hooked but also excelled very quickly winning his first two amateur fights impressively. After moving to Omaha to train full time at Mid-America Martial Arts, it was clear that this young gentleman was quickly becoming a ‘power house’ in the MMA game. While there he amassed a Perfect 9-0 Amateur MMA Record, 2-1 Muay Thai, and a 5-1 Amateur Boxing Record.

In July of 2011, at the Victory Fighting Championships 35th event, it was time for Mirsad Bektic to prove his true potential in his Professional MMA debut. Having waited all his life for an opportunity like this, the excitement and adrenalin simply took over once the cage door closed, and Mirsad’s opponent was TKO’d within 36 sec into the fight. The beast was unleashed!!

Today he resides and trains full time in Coconut Creek Florida training with the American Top Team (ATT) which is considered one of the largest and most prestigious MMA gyms in the Country. Currently he is 10 – 0 in his professional MMA career and is currently regarded as one of the top prospects.

Shortly after being signed to the UFC, Bektic was slotted to face a fellow UFC newcomer, who also had an undefeated record, at UFC on FOX 11: Werdum vs. Browne. After 15 minutes of action, it went to the judges and it was decided that Bektic would keep his 0 and win the bout via UD.

Bektic was expected to face Alan Omer, at UFC on FOX 14: Gustafsson vs. Johnson, but Omer dropped out of the fight citing an undisclosed injury. Bektic instead faced relatively untested Irishman Paul Redmond. Bektic again won via Unanimous Decision.