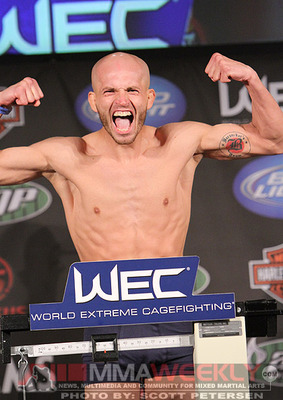 Maciej Jewtuszko is ineligible for regional rankings due to inactivity.
Fighters must have at least one completed MMA bout in the past two years to be ranked.

Jewtuszko is the current KSW Lightweight Champion, having defeated Artur Sowinski for the vacant title on December 01,2012 at KSW 21 - Final Resolution. Jewtuszko had suffered a loss to Sowinski prior at KSW 17 - Revenge but was able to avenge the loss and claim the title by submitting Sowinski in the second round.

In this video by 1Meru, training and fight video clips for Maciej Jewtuszko are presented.