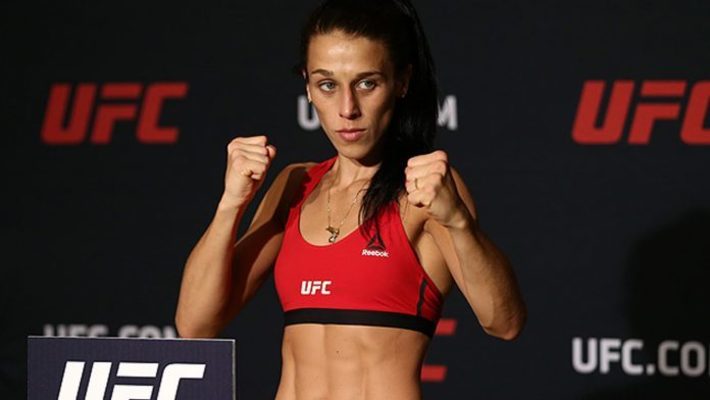 Fighting for a major organization has made Joanna Jędrzejczyk ineligible for regional rankings.

She would pick up a decision over Juliana Lima in her first bout for the promotion and then follow that up with a Split Decision victory over Cláudia Gadelha.

On March 14, 2015 at UFC 185 Jędrzejczyk beat Carla Esparza by 2nd round TKO to win the UFC strawweight championship.

She became the first female European UFC champion and also earned a performance of the night bonus for her finish.

Remaining undefeated untill November 4th 2017 when she was knocked out in the first round by Rose Namajunas.

Namajunas' first tit defense would be a rematch against Joanna. Joanna would again lose the fight this time by unanimous decision.

On December 8th 2018 Joanna jedrzejczyk moved up to flyweight to challenge Valentina Shevchenko for the vacant UFC flyweight championship. She lost the fight by unanimous decision.

This marks the fourth time Joanna has lost to Shevchenko. (1 in mma 3 in muay thai)