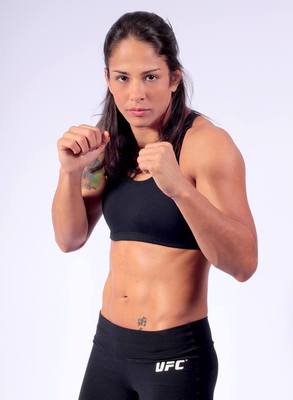 Fighting for a major organization has made Juliana Lima ineligible for regional rankings.

Juliana Lima had been training and competing in Muay Thai for six years before discovering BJJ in 2008. Four years later she made her professional debut. where she was able to outpoint Aline Serio to take a split decision. "Ju Thai" faced the 5-1 Kinberly Tanaka Novaes in her thrid fight, dominating the contest with takedowns, submission attempts and ground-and-pound on route to a unanimous decision victory.

After the fight with Novaes Lima soon found it hard to stay busy, remaining out of action for almost a year. She was scheduled to face former Strikeforce fighter Maiju Kujala in Lebanon early in 2012, but the Finish fighter was unable to make weight, missing the mark by 6 pounds. After speaking with her coaches Juliana and her camp decided not to take the fight, agreeing that the sizable weight difference would put her at a greater disadvantage.

Juliana, who fights out of the Gracie Barra BH camp returned to competition in September and racked up two victories in twenty days to compensate for the inactivity. Now unbeaten at 5-0 Lima has emerged as a legitimate prospect  on the women's circuit.