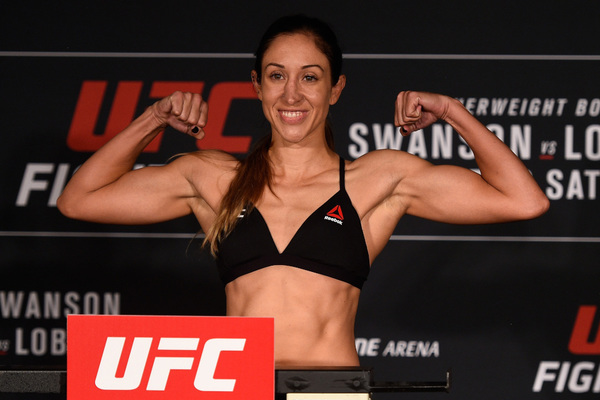 Fighting for a major organization has made Jessica Penne ineligible for regional rankings.

Penne is a Minimum weight fighter with a brown belt in Brazilian Jiu Jitsu. She has fought in HOOKnSHOOT,  Bellator, and currently in Invicta FC. She holds notable victories over Angela Magana, Lisa Ellis Ward, and Naho Sugiyama. Penne also holds a 1-0 Shoot Boxing record with a win over multiple time S-Cup winner Rena Kubota.

Penne became the first woman to win a fight in Bellator when she defeated Tammy Schneider at Bellator 5. In her next Bellator bout she would be taking part in the Season 3 Straw weight tournament. She lost in the opening round to eventual champion Zoila Gurgel.

After the tournament Penne would drop to atom weight and make her debut against Amy Davis in The Cage Inc. promotion. She would win by Rear Naked Choke in the first round.

Penne next fought in Invicta FC's debut event against Lisa Ellis Ward. Penne would get the TKO midway through the 3rd round. Her next fight was for the inaugural Invicta FC Atom weight belt. Her opponent was the undefeated and current Jewels Featherweight (105 pounds) champion Naho Sugiyama. Penne controlled Sugiyama easily on the ground before submitting her with a triangle in the second round to become Invicta's first champion in any weight class. Penne would try defend her title against Michelle Waterson at Invicta FC 5 but would fall short losing by armbar in the 4th round. She would bounce back with a submission of her own over Nicdali Rivera-Calanoc at Invicta FC 6: Santos vs. Coenen 2.

Following the conclusion of the Ultimate Fighter, Penne was scheduled to face fellow semi-finalist Randa Markos at the season finale. She would go on to win the fight via split decision.