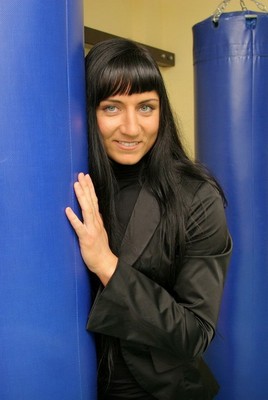 Julia Berezikova is ineligible for regional rankings due to inactivity.
Fighters must have at least one completed MMA bout in the past two years to be ranked.

Berezikova is a Flyweight fighter with a background in Judo, Sanshou, Sambo, Boxing, and Jiu Jitsu. She was a medalist in the 1998 Asian Judo Championships. In Sanshou she was a medalist in the Russia Wushu Sanda 2003. In Jiu Jitsu she was the 2008 Russian champion. She was the St. Petersburg Combat Sambo Champion in 2004. Boxing is her background in which she is most decorated, having won the 2003 Russian Cup, the 2004 and 2005 Russian Boxing Championship, and 2003-2005 St. Petersburg championship. In MMA she has fought in bodogFIGHT, M-1, Fight Force, and Super Fight League. She holds notable victories over Milana Dudieva, Megumi Yabushita, and Karla Benitez.

Berezikova's MMA career got off to a rough start going 1-3 but that was against top competition such as then #1 P4P woman fighter Tara LaRosa, Julie Kedzie, and Rosi Sexton. She would then go on a 6 fight win streak that is still intact today.