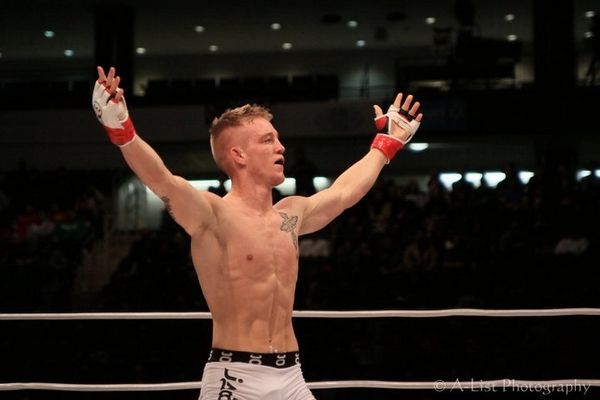 Colton Smith is ineligible for regional rankings due to inactivity.
Fighters must have at least one completed MMA bout in the past two years to be ranked.

Colton Smith is a lightweight fighter currently signed to the UFC. He is a Brazillian Jiu Jitsu purple belt and train out of his army base in Fort Hood, Texas. He won the sixteenth season of The Ultimate Fighter. of his three wins, two have been submissions.

Smith is an Airborne Ranger Qualified Infantryman in the US Army with a 7-1 amateur MMA record, having finished all seven of his opponents. He is an Iowa State Greco-roman and Freestyle wrestling Champion. Smith would join the 16th season of The Ultimate Fighter and would make it into the house, winning his first fight by Unanimous Decision. He would be the 4th pick by Team Nelson. He would win his next three fights in the house the same way, defeating Eddy Ellis, Igor Araujo and finally Jon Manley by decision to make it into the finals.

In the finals Colton would face off against Mike Ricci from Team Carwin and would once again win by Unanimous Decision becoming the winner of the sixteenth season of TUF. He would then face off against Robert Whittaker who won The Ultimate Fighter: The Smashes. In a great back and forth fight Smith showed great heart to keep going but was eventually finished in the third round of the fight by TKO. He next fought fellow TUF winner, Mike Chiesa, at UFC: Fight for the Troops 3 but would lose via submission in the second round. He would lose his second straight by submission when he lost to Carlos Diego Ferreira.