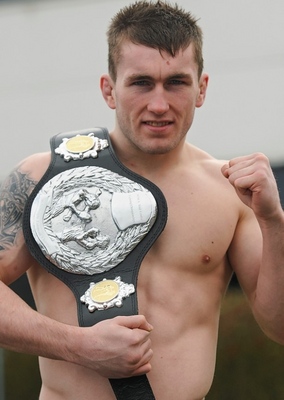 Fighting for a major organization has made Stevie Ray ineligible for regional rankings.

Stevie Ray was given the call from the UFC 15 days before UFC Fight Night 64: Gonzaga vs. Cro Cop 2. Ray said yes and faced Marcin Bandel on 11 April, 2015. To the surprise of Bandel, Ray was exchanging submission attempts with him and at one point was close to finishing the fight late in Round 1, but Bandel was saved by the bell. Bandel wouldn't be as fortunate in Round 2 however. With Bandel bloodied and drained, Ray took his back and finished him off with some ground-and-pound, winning his UFC debut at 1:35 in Round 2.