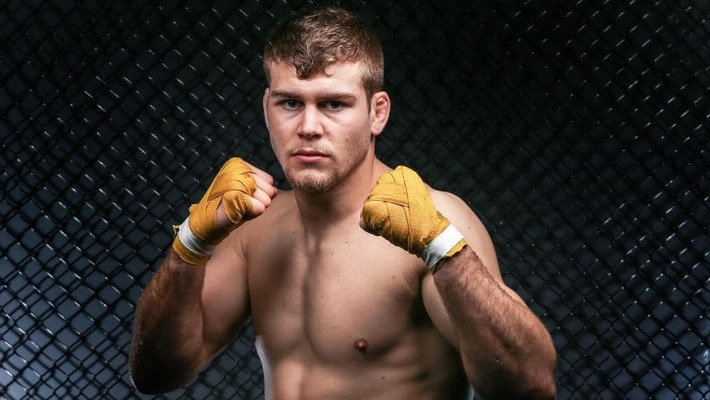 Fighting for a major organization has made Jake Matthews ineligible for regional rankings.

At 22 years of age, Jake Matthews is one of the youngest fighters to ever compete inside the UFC and his skills show someone who is still evolving into a full mixed martial artist. Matthews made his mixed martial arts debut against Sam Fiamati at Shamrock Events 5: Night of Mayhem on September 15th, 2012 winning via second round technical knockout. Matthews won all of his next 5 fights in his native Australia (2 TKOs, 2 submissions & 1 decision) before being bought onto the Ultimate Fighter. In his first fight on the show he was matched against tough Canadian Olivier Aubien Mercier who beat the Aussie via unanimous decision. Matthews would go on to make his promotional debut at UFC Fight Night 43 against Dashon Jackson, a fight in which Matthews won via 3rd round triangle choke. In his next fight Matthews would be matched against 2nd Degree BJJ Black Belt Vagner Rocha at fight night 55. Matthews would pull off the victory by submission the submission expert with a rear naked choke in the second round choking him unconscious in the process. Matthews next faced James Vick at fight night 65 who would win an upset over the Aussie win a guillotine choke 4:53 into the first round. Matthews would bounce back from the loss defeating both Arkbarh Arreola (doctor stoppage) & Johnny Case (submission via RNC) before dropping his next two fights against Kevin Lee (technical knockout) & Andrew Holbrook.

At only 22 years of age, Matthews can still have an amazing career in the sport but still shows some holes in his game & should look towards moving to a much more recognisable camp to improve his skills. Matthews has a brown belt in Brazilian jiu-jitsu.