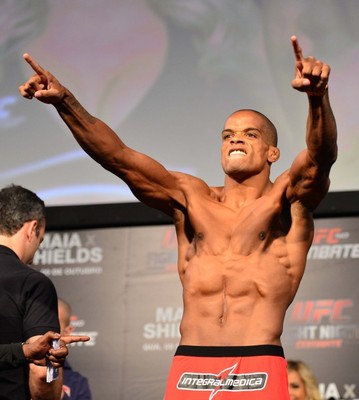 Fighting for a major organization has made Alan Patrick ineligible for regional rankings.

Allan Patrick Brazilian lightweight fighter currently signed to the UFC. He is a jiu jitsu practitioner who trains out of X-Gym in Curitba, Brazil. All of his fights were in Brazil until he fought John Makdessi.

Patrick began his career fighting in regional shows in Brazil. He eventually worked his way up to fighting for Jungle Fight and Bitetti Combat. In 2013, he was signed to the UFC. He made his promotional debut against fellow undefeated prospect, Garett Whiteley, at UFC Fight Night 29. His record improved to 11-0 with a first round TKO of Whiteley. He would then take on John Makdessi at UFC 169 marking the first time he fought outside of Brazil. He would pick up the win in a very close Split Decision.