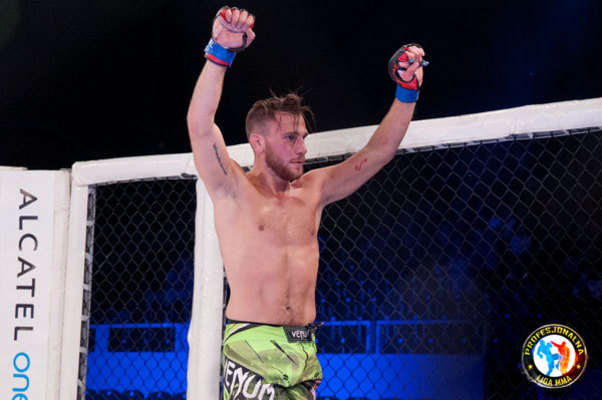 Mickael Lebout is a French fighter from Paris. Fighting in the welterweight division and representing CrossFight gym, he is currently riding a 6 fight winning streak and is the PLMMA Welterweight Champion. Despite being known in Poland for his cardio and wrestling he claims that he has never actually trained grappling or wrestling in his life and all his skills and especially his impressive cardio come from doing single all-in-one MMA sessions.

Making his Polish debut in June 2014 for the PROMMAC organization he showed impressive grappling skills submitting the previously undefeated prospect Albert Odzimkowski in the first round. After another win for the Swiss Strength & Honor Championship organization he was offered the WW title shot by the PLMMA. He again displayed impressive grappling and cardio being able to outpoint the undefeated champion Paweł Żelazowski in October that year in order to win a unanimous decision. His first title defence was also successful as he managed to win yet another unanimous decision over Szymon Dusza.