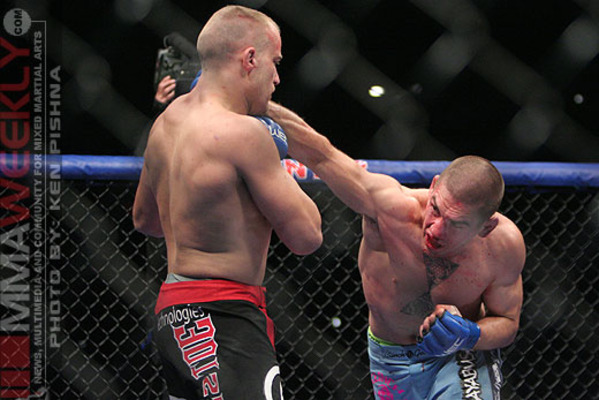 Dave Jansen is ineligible for regional rankings due to inactivity.
Fighters must have at least one completed MMA bout in the past two years to be ranked.

Dave Jansen is a wrestler based out of Sports Lab in Portland, OR. He has been fighting since 2007 and has amassed an impressive 18-2 record. His only two losses came at the hands of Kamal Shalorus and Richardo Lamas, both by decision. He is a veteran of M-1, WEC, and Bellator. His most impressive victory was an unanimous decision victory over Richard Crunkilton at WEC 43. He is currently fighting for Bellator and following a decision victory over Ricardo Tirloni he has earned a finals berth in the Bellator Season 7 Lightweight Tournament. His opponent would be the leglock specialist Marcin Held at Bellator 93. Held would attempt the leg lock many times but Jansen was able to take home the Unanimous Decision victory.