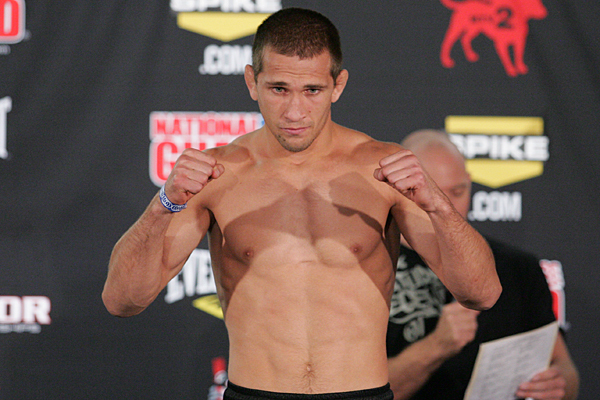 Fighting for a major organization has made Alexander Sarnavskiy ineligible for regional rankings.

Alexander Sarnavskiy trains in the same camp as Alexander Shlemenko, RusFighters Sport Club. He prefers striking but has also shown that he is proficient with this ground skills. He fought almost all of his fights in his native Russia amassing an impressive 8-0 record before being signed to M1 Global. He would continue his winning ways for M1 and other small promotions in Russia bringing his record to 20-0 while finishing 17 out of those 20 opponents. Sarnavskiy signed with Bellator and made his debut against former UFC fighter Rich Clementi, losing by split decision in an upset.

He bounced back with a decision win over Tony Hervey and is now scheduled for Bellator's season 8 lightweight tournament. He would win his first fight in the tournament with a submission over Thiago Michel but would later have to withdraw from the tournament due to a broken hand.