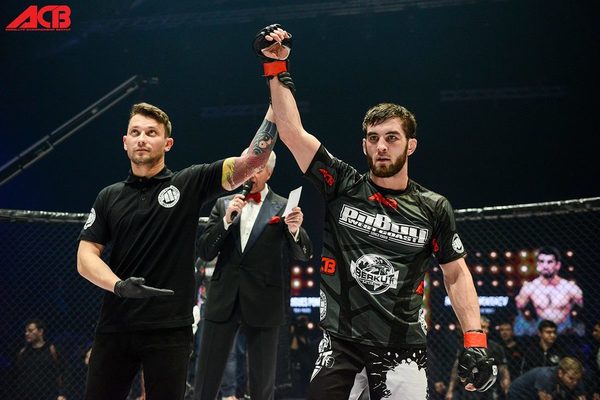 Fighting for a major organization has made Musa Khamanaev ineligible for regional rankings.

Musa Khamanaev is a Russian mixed martial artist currently competing in the lightweight division. He was born in Dagestan, and like many Russian fighters from this region he began competing in freestyle wrestling at the age of 11. He then began training boxing alongside his brothers. In 2008, Musa moved to St. Petersburg and began his MMA training with the Action Force Fight Team.

Musa quickly won his first 4 fights before falling to Bogdan Cristea via first round submission. After his first loss he took some time off from MMA but in the meantime went on to win a gold medal at the 2008 World Combat Sambo Championships at 74kg.

He currently trains out of Legion Fight team and claimed the M-1 Global Lightweight Championship by submitting then-champion Daniel Weichel in the first round via heel hook. Khamanaev was supposed to face Mairbek Taisumov  on February 27, 2013 in his first title defense, but Taisumov suffered an injury and Niko Puhakka stepped in as a late replacement. Khamanaev defeated Puhakka via unanimous decision to retain the title.