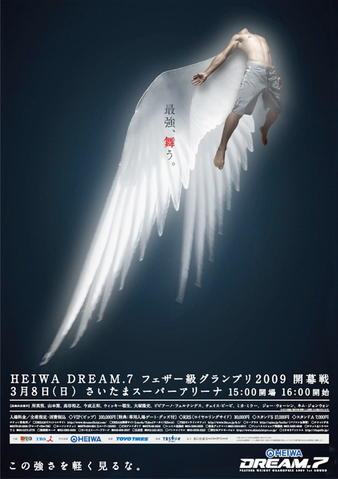 In the first Dream event of 2009, the promotion continued its trend of putting on tournaments, this time in the featherweight division. In the Opening Round of the Featherweight Grand Prix, fighters such as Bibiano Fernandes, Joe Warren, and Yoshiro Maeda all advanced to the Quarterfinals. Warren’s victory was particularly impressive, as he defeated former WEC Featherweight Champion Chase Beebe in his first professional fight.

An Opening Round bout between DJ Taiki and Hideo Tokoro was postponed until Dream 8 due to an injury suffered by Taiki, and Norifumi “Kid” Yamamoto, the overwhelming favorite to win the tournament, was given a first-round bye due to a nagging ankle injury that had kept him inactive for over a year.