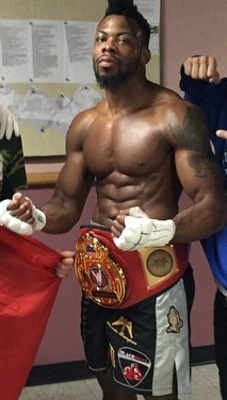 Oluwale Bamgbose is ineligible for regional rankings due to inactivity.
Fighters must have at least one completed MMA bout in the past two years to be ranked.

Oluwale Bamgbose says he started training himself by watching martial arts movies. His first formal training would be a free Karate class he took in middle school. Once that program dissipated he asked his parents to fund him for classes but they would not. So once he got his first job he started paying for Tae Kwon Do classes himself and would eventually become a black belt. He also holds a purple belt in Brazilian Jiu Jitsu and is the former Ring of Combat Middleweight champion as well as having various medals in Tae Kwon Do and BJJ tournaments.

After defended his Ring of Combat belt he would get the call up from the UFC. He would face his first professional loss at the hands of Uriah Hall. He would however come back strong with a first round finish over Daniel Sarafian.