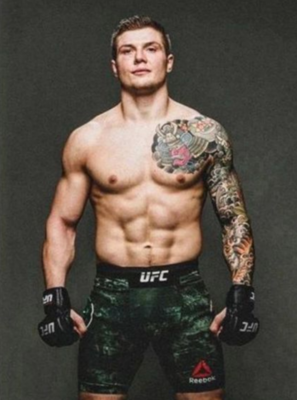 Fighting for a major organization has made Marvin Vettori ineligible for regional rankings.

Eldest of the three siblings, Vettori was born in Trento, Italy. He was into martial arts when he was young,
and started training kickboxing as his first real martial art around the age of 13.
When he started out training MMA in Italy, Vettori went to six different gyms to get all the skills and
training he needed, as in Italy, at that time, the sport was still growing and a proper MMA gym was hard
to find. He moved to London in 2012 for two years to train MMA and later moved to United States to train
at Kings MMA.
Vettori fought in the European circuit and amassed a record of 10-2 prior joining the UFC.
Vettori made his UFC debut on August 20, 2016 at UFC 202 against Alberto Emilliano Pereira for a win.
Vettori's was scheduled on April 14, 2018 against Israel Adesanya at UFC on Fox 29. He lost the
fight via split decision, with two judges scoring the fight 29-28 for Adesanya, and the third judging it
as 29-28 for Vettori.
He wins his next 3 fights and finds himself ranked Top 15 in Middleweight in 2020.

Ultimate Fighting Championship:
- Performance of the Night (One time) vs. Karl Roberson[42]