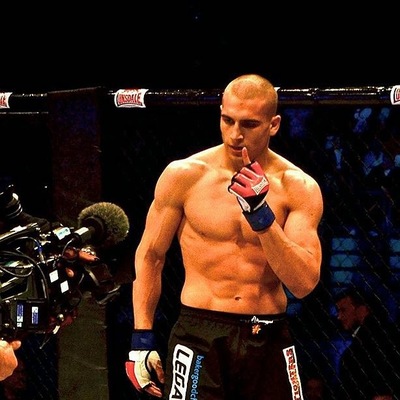 Breese began training MMA at the age of 16 and skipped college to train full-time. He successfully made his professional debut for the promotion BAMMA in 2010. Breese fought exclusively in his native England and amassed an undefeated record of 6–0 with all wins coming by way of submission before joining the Ultimate Fighting Championship in 2015. Breese has won medals in various wrestling tournaments throughout the UK, including the gold medal at the British National Junior Freestyle Wrestling Championships. In 2015 Breese won the silver medal at the IBJJF World Championships in the purple belt division.

Breese made his UFC debut against Luiz Dutra Jr. on May 30, 2015 at UFC Fight Night 67. Breese won the fight via TKO in the first round after dropping his opponent with a straight left and following up with ground and pound. Breese faced Cathal Pendred on October 24, 2015 at UFC Fight Night 76 Breese dominated the fight with striking exchanges en route to another TKO victory in the first round. In similar fashion to his UFC debut, Breese dropped his opponent with a straight left and followed up with ground and pound to earn the TKO victory.The win also earned him his firstPerformance of the Night bonus award. Breese would win a decision over Keita Nakamura in his next bout.