Wanderlei Silva defeats Keith Jardine via KO/TKO at 0:36 of Round 1 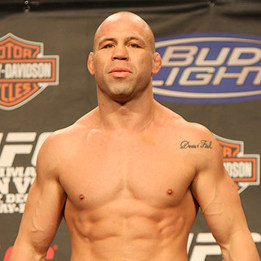 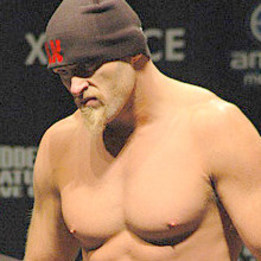 "The Axe Murderer" "The Dean of Mean" 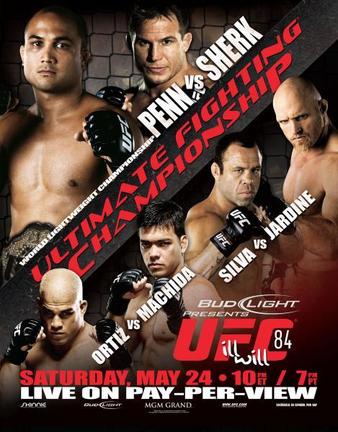 Although he was just 31 years old at the time of the fight, Wanderlei Silva was a grizzled veteran when he met Keith Jardine at UFC 84. The former Pride Middleweight (205 lbs.) Champion was also mired in the worst losing streak of his career. Although he was still a slight betting favorite heading in against “The Dean of Mean,” his opponent’s penchant for pulling off upset victories weighed heavily in the minds of Silva’s fans.

Probably the single most violent fighter in the history of mixed martial arts, Silva’s plan heading into the fight was simple; he would wait for an opening, and blast Jardine with everything he had. For his part, Jardine would take a more tactical approach to the fight, using angles and punishing leg kicks to slowly wrest control of the pace.

Both fighters came out enthusiastically to start the contest, meeting in the center of the Octagon. Silva attempted a few range-finding punches. Jardine hit Silva with a leg kick. Then, just as Jardine ducked in to throw one of his off-balance, unorthodox body kicks, Silva pounced. Catching Jardine across the temple with a looping hook, Jardine’s legs buckled and Silva swarmed in vintage “Axe Murderer” style. Silva kept the pressure on the wounded fighter until he got the finish. In a flurry worthy of his days in Pride, Silva hit Jardine with hard punches as they both dropped to the floor. Shrugging off a last, desperate takedown attempt, Silva ended up on top on the ground. Applying what Joe Rogan-dubbed a “Rape Choke” because it is only utilized by unskilled street attackers – and Wanderlei Silva – the Brazilian legend from Curitiba held Jardine down by the throat with his left hand, and proceeded to bludgeon him unconscious with a series of brutal rights.

Silva celebrated the win with typical “Axe Murderer” gusto. He leapt onto the cage, raised his fists into the air and roared, joyful to be back in the winner’s circle and, as always, grateful to his loyal fans. The crowd roared back at him. Jardine lay on the ground, concussed and glassy-eyed, staring into nowhere.

Second only to his devastation of Quinton Jackson at Pride 28, it was arguably Wanderlei Silva’s finest finish. After two years of hard losses, Silva needed just 36 seconds in 2008 to get the ball rolling again and remind Dana White, Joe Silva and the rest of the UFC brass why they waited so patiently to sign him.