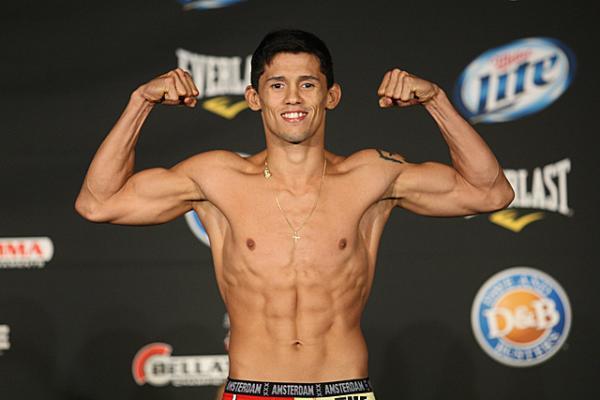 Fighting for a major organization has made Eduardo Dantas ineligible for regional rankings.

Dantas began his career in mixed martial arts in 2007 with the Brazilian section of the Japanese Shooto organization. Dantas won his first two matches, both by decision of the judges; fights third meeting for the organization Fight Cassino, a meeting he lost by disqualification, as regulation could not launch soccer kick, which was used by "Dudu" Dantas during the match. In November of that year he had the opportunity to fight in Japan against Shooto bantamweight champion Shinichi Kojima  for the title winning by unanimous decision.

In 2008, he further improved his personal record scoring three consecutive wins at Shooto Brazil, two by submission and one by knockout: in particular, the match against Luis Alberto Nogueira for the South American Shooto championship which he won. In 2009, he brough his record to 7-1 with a points victory in World Combat Combat organization. The same year, he received the opportunity to fight for a major title as the world champion of Shooto against current champion Masakatsu Ueda who at the time was considered one of the world's best bantamweights. Dantas had less experience and was defeated by unanimous decision. He won two more fights in 2010 and defended his Shooto South American championship against Samuel de Souza submitting him in just twenty seconds.

In 2011 Dantas join Bellator, months later he defeated Zach Makovsky and become the bantamweight champion of Bellator. In August 2012, Dantas faced Tyson Nam in a fight outside of Bellator. Dantas had been permitted by Bellator to fight against Nam, as the fight took place outside of the United States and wouldn't be aired on television in the U.S. either. The two faced off at Shooto Brazil 33: Fight for BOPE II in an event that served as a fundraiser for the "Batalhao de Operacoes Policiais Especiais" (Special Police Operations Battalion), which was Rio de Janeiro's military special forces. Although Dantas rocked Nam early with a knee, he was knocked out in the first round by a counter right hook after he rushed forward aggressively.