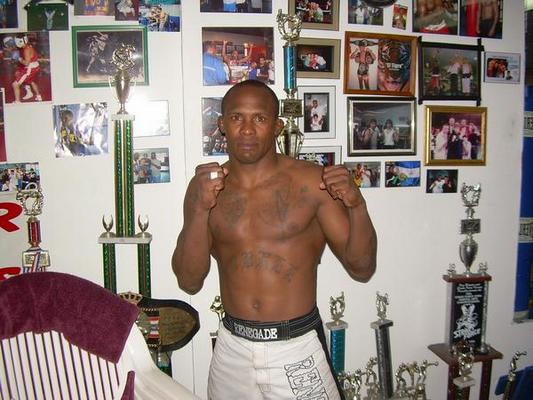 Alexis Vila is ineligible for regional rankings due to inactivity.
Fighters must have at least one completed MMA bout in the past two years to be ranked.

Vila is a Cuban fighter, and two-time World Champion and 1996 Olympic bronze medallist in wrestling. Vila was once part of Cuba's dominant freestyle wrestling team but he defected to the U.S. in 1997, leaving behind his family and country, and began coaching at Michigan State where he worked with future UFC fighters Rashad Evans and Gray Maynard. Then, he got into a car accident that changed his life.

Just three years after September 11, Vila crashed his car into a terminal at Fort Lauderdale-Hollywood International Airport. No one was hurt, but authorities thought he was attempting a terrorist act and charged him with airport violence. He could have gone to prison for 20 years. Vila plead down for a three-year jail sentence.

On December 3rd, 2019, Vila was sentenced to 15 years in prison for second-degree murder, conspiracy, and kidnapping. Manuel Marin, a grocery executive, conspired to murder Camilo Salazar after finding out his wife was having an affair with Salazar. Salazar was found beaten, had his throat slit, and had his genitals burned. Vila's part in the crime was found to be instrument in the murder.

At UFC 261, Jorge Masvidal wore a shirt with the hastag "Free Alexis Vila" in an attempt to gain support for a possible appeal. Masvidal also said "Alexis, I love you" towards the cameras before the fight.