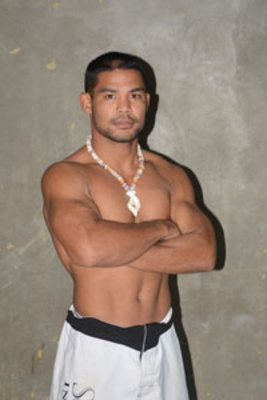 Joe Taimanglo is ineligible for regional rankings due to inactivity.
Fighters must have at least one completed MMA bout in the past two years to be ranked.

Joe "The Juggernaut" Taimanglo is an MMA fighter born in Guam. He fights out of Spike .22 in his native land. Taimanglo made his Pro debut in 2004, defeating T.B. Hardison by knockout. He lost his next by knockout to Justin Guzman. He obviously bounced back nicely, going 8-1-1 in his next 10 fights, losing only to Maurice Easel. He suffered back to back losses for the first time in his career, being submitted by both Tominori Taneguchi and Toshiaki Kitada respectively. He has not lost fight since then, going 10-0.

*Has a Brown Belt in BBJ under Renato "Charuto" Verissimo

*Played Pro Football for the MFL and IFL leagues in Guam. (Defensive player of the year in 2004)