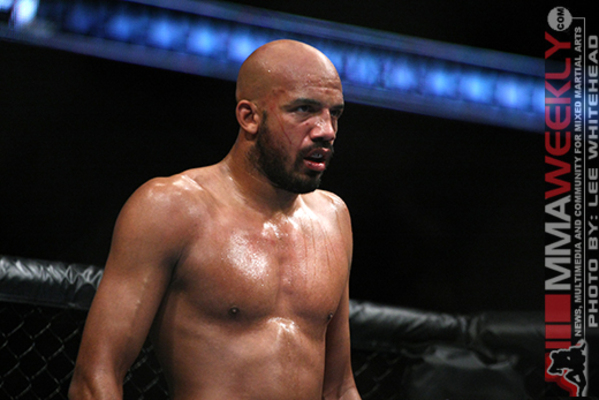 Cyrille Diabate is ineligible for regional rankings due to inactivity.
Fighters must have at least one completed MMA bout in the past two years to be ranked.

Diabate made his professional mixed martial arts debut in 1999, during a successful kickboxing career, and is now a veteran of some of the top MMA promotions in the world, including Pride FC and the UFC. In 2010, Diabate made his UFC debut and knocked out touted prospect Luiz Cane in the first round, pulling off a big upset.

Diabate's next fight would come against then-Swedish prospect Alexander Gustafsson at UFC 120. Gustafsson would submit Diabate by rear naked choke in the first round.

Cyrille would rebound in his next fight against former WEC champion, Steve Cantwell at UFC Live: Sanchez vs Kampmann.. Diabate would win a dominant unanimous decision after controlling  the striking for all 3 rounds.

His next fight would come against former HW fighter, Anthony Perosh at UFC 138. Diabate would lose by rear naked choke in the 2nd round.

At UFC on Fuel: Gustafsson vs Silva, Diabate would win a majority decision against Tom DeBlass. Diabate would win his second straight fight against Strikeforce import, Chad Griggs. This would give Diabate his first submission victory in the UFC, as well as his first back to back wins in the octagon.

Diabate would be matched up with Jimi Manuwa at UFC on Fuel: Barao vs McDonald. After the first round, Diabate was unable to answer the second round bell after sustaining a calf injury, giving him his third UFC defeat.

A friend and training partner of former UFC and Pride FC champion Dan Henderson, Diabate appeared on the ninth season of the Spike TV-televised reality show The Ultimate Fighter as Henderson’s striking coach.

Following a first-round submission loss to Ilir Latifi in March 2014, Diabate announced his retirement from MMA.