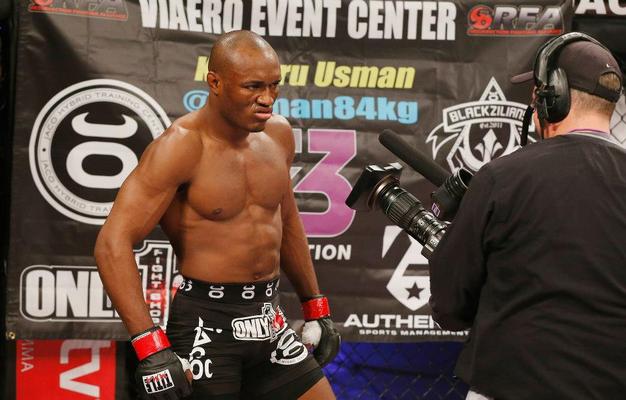 Fighting for a major organization has made Kamaru Usman ineligible for regional rankings.

A Nigerian immigrant to the United States at the age of 7, Usman moved to Nebraska where he took up wrestling. He attended and wrestled for the University of Nebraska at Kearney and then spent two years training at the U.S. Olympic Center in Colorado before transitioning to MMA. Usman showed remarkable strength in his wrestling style, capping his wrestling career off by winning 1st place at the 2010 NCAA Division II wrestling championships.

Usman was a competitor on season 21 of The Ultimate Fighter, American Top Team vs. Blackzilians.  Usman represented his home gym, Blackzilians and won the first bout of the season, defeating ATT's Michael Graves by majority decision.  In Usman's second bout on the show, he took on former WSOF champion Steve Carl.  Usman handed Carl his second consecutive defeat of the competition and became the first and only Blackzilian fighter to win two bouts on the show.  This win allowed Usman to advance to the finals and compete against ATT's Hayder Hassan in The Ultimate Fighter 21 Finale.