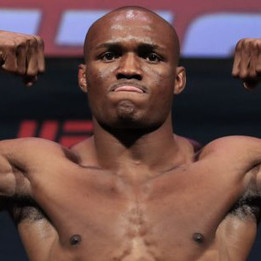 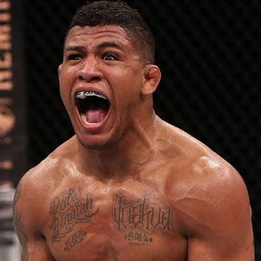 UFC 251: Usman vs. Burns
"The official Tapology discussion thread for the event!" (4 months)

He's from Singapore, not the United Arab Emirates.


I don't think Max should be as much of a Dog as he is here. I've seen him ranging from +160 onwards which is disrespectful given that the first fight was closer than the final scorecards indicated. Really Max could take back the belt and I wouldn't **** a chicken.


I'm still taking Volkanovski however because I feel like The Great kind of just has his number and has the physicality and attributes to cause Max fits--namely he's a  cardio machine, a consistent TD threat, excellent in the phone booth and has unusually long reach for a short guy. On top of that his hand speed is very good, he can take a shot, and his boxing defense is superb. He was able to shut Max down on the outside and through the middle and piece him up in close before ducking out of Max's counters. Thing about Max is that he's very heavy on his lead leg, and I don't think he can change that and fight anything like his best fight. Volkanovski is always going to chop the **** out of it. This forces him to switch to Goofy. and he's not very good in that stance TBH. Volkanovski also always going to have the grappling and fence-grinding advantage, and though he didn't get any top time the first go around that's always factor because his top game is nasty as ****.


Long and short of it is, Max has to fight a very specific kind of fight to pull out the W, and that involves staying in orthodox stance, somehow protecting his lead leg without getting pieced up in the process. That's assuming that Volkanovski doesn't have something else up his sleeve to deal with those adjustments himself. There are paths to Victory for Max,and they're paved with knees up the middle and body work. Volk seems to get better every time I see him however and his fight IQ is off the chain. Picked him the first time, can't pick against him this time. A finish from either guy is more likely this fight.

One is better then UFC dont at me ***** because they don't have the ******** and just swing hands only complant is that I want to see they MMA champ fight again soon. One fighter are underated and i think alot of them will do well in the UFC and would take over the UFC especaly in the lighter wightclass