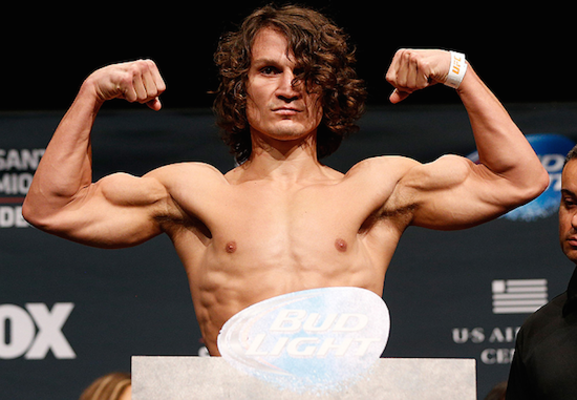 David Michaud is ineligible for regional rankings due to inactivity.
Fighters must have at least one completed MMA bout in the past two years to be ranked.

Next Edge Academy of Martial Arts

David Michaud was a wrestler that had his first MMA fight when he was 15. He was the Ring Wars MMA Amateur 185 and 205 Champion

He tried out for The Ultimate Fighter but would lose to Eddy Ellis to get into the house. He would still get a shot in the UFC but would lose a Split Decision to Jingliang Li. He would bounce back in his next bout when he picked up the Unanimous Decision victory over Garett Whiteley.