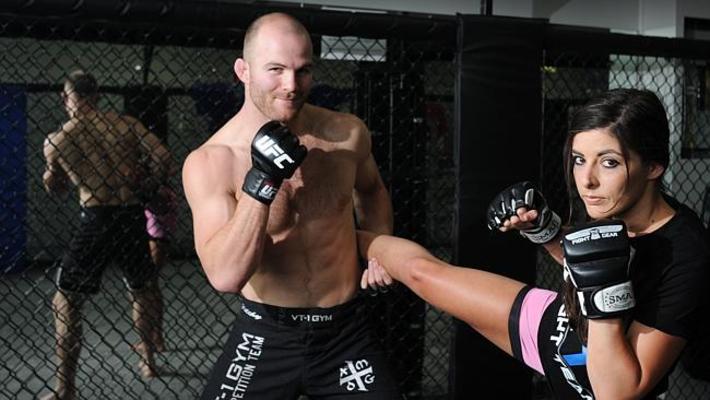 Richard Walsh is ineligible for regional rankings due to inactivity.
Fighters must have at least one completed MMA bout in the past two years to be ranked.

Richard Walsh was born in 1 December, 1988, in Sydney, Australia. Walsh graduated from the University of New South Wales, then went on to study at the Georgia Institute of Technology in Atlanta, Georgia. Walsh considered going into law school, but instead decided to pursue a MMA career. Before moving into MMA, Walsh had a knowledge of martial arts, that included amateur fights in Muay Thai (10-0) and Western Boxing (6-0), with additionally being a BJJ state champion.

Walsh graduated from St. Ignatius College in Sydney in 2006. He went on to complete a bachelor's degree in construction at the University of New South Wales before going to study abroad at the Georgia Institute of Technology in Atlanta. It was around the time Walsh was in his BA program at UNSW that Walsh fought his first professional MMA bout. Walsh also enrolled in postgraduate law, but chose instead to pursue mixed martial arts.

Walsh's first 8 fights took place in his home country of Australia, he went 7-1, including 5 first round finishes. On 5 December, 2013, Walsh was named to the Australian Welterweight team on The Ultimate Fighter Nations: Canada vs Australia. During the semi-finals Walsh was eliminated by Olivier Aubin-Mercier. During The Ultimate Fighter Nations Finale: Bisping vs. Kennedy, Walsh faced his teammate during the show Chris Indich. He defeated Indich via Unanimous Decision.

At UFC Fight Night 52: Hunt vs. Nelson, Walsh faced his biggest challenge with Japanese MMA vetern Kiichi Kunimoto. With a back and fourth battle, Kunimoto was awarded with a Split Decision. This was Walsh's second loss and his first in the UFC.

Walsh faced fellow Muay Thai practitioner Alan Jouban, at UFC 184: Rousey vs. Zingano. Jouban was the first person to knockout Walsh, when he landed a combination with Walsh against the cage. With these 2 losses Walsh is in the dangerous position of possibly losing 3 in a row and with being only with the UFC for a short period, Walsh's next fight is a must win.

The Ultimate Fighter Canada vs. Australia