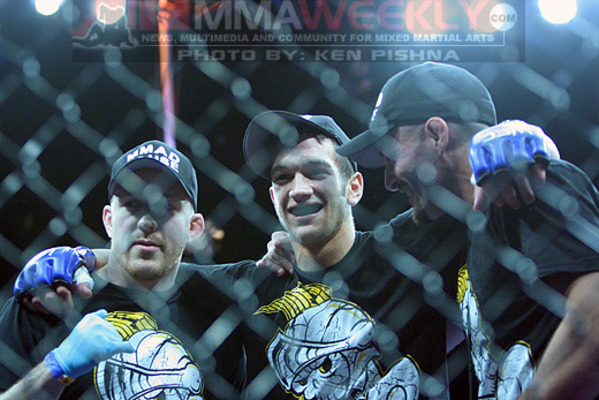 Josh Grispi is ineligible for regional rankings due to inactivity.
Fighters must have at least one completed MMA bout in the past two years to be ranked.

One of the most highly regarded prospects ever to come out of the Northeast, Josh Grispi, who resides near Boston, is one of the best featherweights in the world. Aside from a 2006 Heel Hook loss on the local circuit, he has been stellar in his career, having finished every one of his professional wins, with almost all of the finishes coming in the first round. Grispi is a leading fighter among the new breed of mixed martial artists, as he is in his early twenties and has already toppled some of the best featherweights in the world--all in the first round--since joining the WEC in 2008. Grispi holds career victories over Mark Homonick, Micah Miller, Jens Pulver, and LC Davis. Upon reaching the UFC Josh was expected to face Jose Aldo for the featherweight title, but dropped a decision to underdog Dustin Poirier. He is now 0-3 with organization, yet has been given a rare fourth chance to get back on track against former TUF:Live castmember Andy Ogle. After losing to Ogle it was announced on February 20th of 2013 that the UFC had released Josh Grispi.