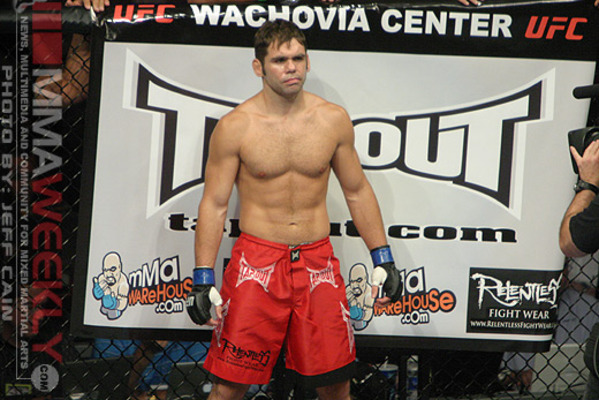 Aaron Riley is ineligible for regional rankings due to inactivity.
Fighters must have at least one completed MMA bout in the past two years to be ranked.

Aaron Riley may not carry the mainstream name recognition of a BJ Penn or a Frankie Edgar, but he is more experienced—at least in MMA—than both of those men combined. Since turning professional in 1997, Riley has notched over 40 professional fights on his record, earning notable victories over Michihiro Omigawa (by head kick) and Jorge Gurgel during his time with the UFC, Pride FC, and various other promotions.

After losing a Unanimous Decision to Robbie Lawler in his UFC debut fighting well above his natural weight class in 2002, Riley fought his way back into the promotion in 2006, only to experience disappointment once again, this time in the form of a Doctor Stoppage at the end of the first round. In 2008, Riley earned his first Octagon win and picked up Fight of the Night honors for his performance.