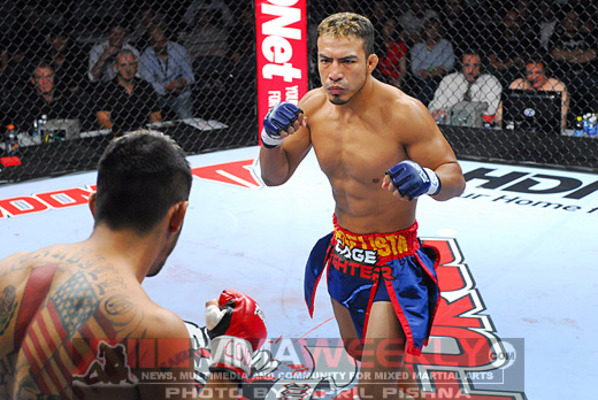 Billy Evangelista is ineligible for regional rankings due to inactivity.
Fighters must have at least one completed MMA bout in the past two years to be ranked.

One of the most underrated lightweight prospects in the world, Billy Evangelista made his MMA debut in 2006 and hasn't looked back, going undefeated (excepting a No Contest ruling against Mike Aina in 2009) in 11 professional fights. In addition to wins over Nam Phan and Luke Caudillo, Evangelista holds a victory over UFC veteran Jorge Gurgel. He is one of the top contenders in Strikeforce's lightweight division.

Although he boasts a well-rounded skill set and a never-say-die attitude, Evangelista has been criticized for not finishing more fights, a trend which is likely to change for the athletic young prospect.