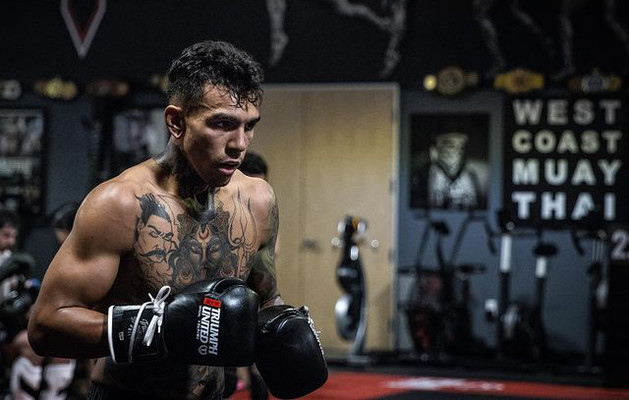 Fighting for a major organization has made Andre Fili ineligible for regional rankings.

Andre Fili was born on 25 June, 1990 in Federal Way, Washington, USA. Fili is currently fighting out of Sacramento, California, USA, with Team Alpha Male. Fili made his professional debut on 12 December, 2009 against Anthony Motley. Fili won the fight via TKO and won his next three fights via TKO as well. Fili held the WFC and ISCF featherweight titles.

Fili suffered his first loss against Strikeforce vet Derrick Burnsed. Fili bounced back from the loss winning his next 8 fights including a win over Strikerforce veteran Alexander Crispim.

Fili made his UFC debut on 19 October, 2013 at UFC 166 against Jeremy Larsen. Fili, who was in the middle of a training camp for a welterweight bout in another promotion, took the featherweight fight on a two week notice to replace an injured Charles Oliveira. The bout was contested at a catchweight, as Fili was unable to make weight. Fili won the fight via TKO in the second round.

Fili faced Max Holloway on April 26, 2014 at UFC 172. He lost the back-and-forth fight via submission in the third round. He would pick up a decision victory over Felipe Arantes in his next outing. He will look to make it two in a row at UFC Fight Night 62 against Godofredo Pepey.