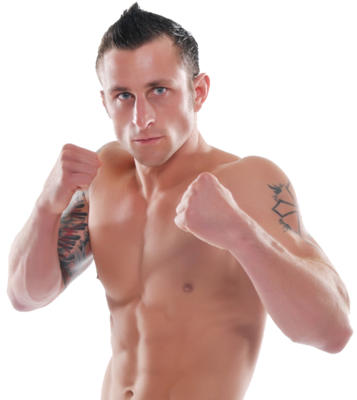 Fighting for a major organization has made Gregor Gillespie ineligible for regional rankings.

Gillespie, a native of Webster, New York, was a volunteer coach at Hofstra.  He served as a coach and administrator for the Edinboro Scotsman Wrestling Club during the 2010-11 season. A 2011 graduate of Edinboro University, Gillespie earned NCAA All-America honors from 2006 through 2009 and captured the 2007 NCAA championship at 149 pounds with a 3-1 overtime decision over Michigan's Josh Churella.  He also captured 2 New York state titles while attending Webster Schroeder high school.

The two-time team captain for the Fighting Scots, Gillespie helped lead Edinboro to top 10 team finishes at the NCAA Championships in 2006, 2007 and 2009, and Eastern Wrestling League (EWL) and Pennsylvania State Athletic Conference (PSAC) team titles in all four of his seasons. Individually, he was a three-time champion in both the EWL and the PSAC, and was the EWL Tournament Most Outstanding Wrestler award winner in 2007.

Gillespie began his college career with a bang, winnig his first 23 matches on the way to a 40-4 record which is the most wins by a freshman in school history. He won his first EWL and PSAC titles and placed seventh at the NCAA Championships becoming Edinboro's first true freshman to earn All-America honors. As a sophomore, Gillespie tallied a 34-2 record, his second EWL title and was named both the EWL and the PSAC Wrestler of the Year on the way to the national title at 149 pounds.

Gillespie finished his collegiate career with a 152-13 record, breaking Jason Robison's Edinboro record for career victories and setting a new mark with a .921 winning percentage. A former Student-Athlete Advisory Committee (SAAC) representative, Gillespie has a bachelor's degree in individualized studies with a concentration in psychology.

He went on to win his next 5 fights via finish inside 2 rounds. His next fight will be at UFC 244 Diaz VS Masvidal at MSG against light weight prospect Kevin Lee.