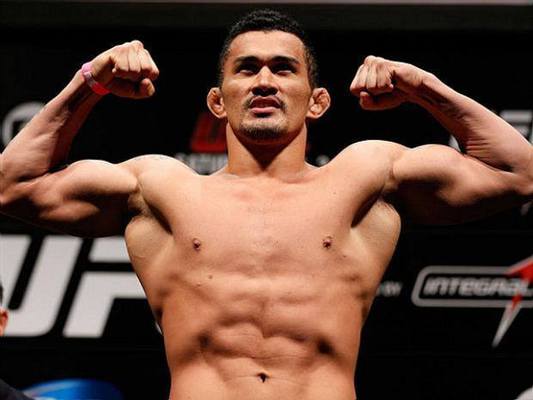 Fighting for a major organization has made Francimar Barroso ineligible for regional rankings.

On April 12, 2013, he faced Brazilian prospect Simao Melo da Silva for the WOCS Light Heavyweight Championship. Barroso won the fight via rear-naked choke. He vacated the title shortly after the fight, after getting called from the UFC to be a late-fight replacement.

Towards the beginning of his career, Barroso competed at Shooto Brazil 11 on March 28, 2009, against Roque Oliver. He won by submission (rear-naked choke). Shortly after the fight he was signed to a four-fight contract. He fought at the next event as well, fighting Levi da Costa on May 30, 2009. He won the fight by doctor stoppage.

After a long hiatus, Barroso returned on March 10, 2012, when he faced Falco Neto Lopes at Shooto Brazil 28. Barroso won via guillotine choke. On November 23, 2012, Barroso fought for the vacant Shooto Brazil Light Heavyweight championship, as he faced number one contender Cristiano Souza. Barroso won the fight by doctor stoppage to win the championship. However he vacated the title, little over a year later to fight in the UFC.

In November 2010, Barroso signed with upstart Jordan promotion Desert Force Championship (DFC). He made his DFC debut on December 8, 2010, against Abhijeet Petkar. Barroso won via head kick KO. Then on May 19, 2011, he faced Russian prospect Baga Agaev at DFC 2. He lost the fight when Agaev landed a blistering punch that knocked Barroso down, and then landed multiple knees before the referee stepped in to stop the fight.

Barroso made his UFC debut on August 3, 2013, when he faced fellow Brazilian Ednaldo Oliveira, after Oliveira's original opponent Robert Drysdale was forced out of the bout due to injury. Barroso won via unanimous decision.

Barroso was expected to face Patrick Cummins at UFC Fight Night: Henderson vs. Khabilov on June 7, 2014. However, Barroso was forced to pull out of the bout due to injury.

Barroso was expected to face Ovince St. Preux on November 8, 2014 at UFC Fight Night 56, replacing Rafael Cavalcante. In turn, this fight was scrapped when St. Preux was tabbed as a replacement in the event headliner.

Barroso faced Ryan Jimmo on May 30, 2015 at UFC Fight Night 67. He won the fight by unanimous decision.

Barroso was expected to face promotional newcomer Abdul-Kerim Edilov on January 17, 2016 at UFC Fight Night 81. However, Edilov pulled out of the fight in the days leading up to the event citing a knee injury and was replaced by fellow newcomer Elvis Mutapcic. Barroso won the fight via unanimous decision.