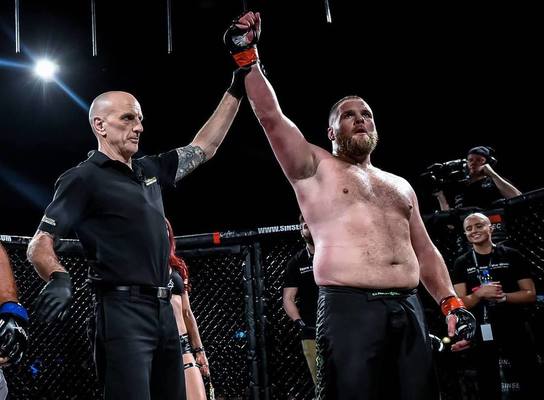 Edwards has background in rugby and played for the 'Canberra Raiders' team, representing them in the 'Harold Matthew's Cup and the S.G Ball Cup'. He also represented the 'Queanbeyan Blues' of Dickson College where he attended before going Kickboxing fulltime.

Starting Kickboxing in 2003 at 'The Bulldog Gym' in Canberra, he was coached by the late John Verran and also by Jamie McCuig. Aswell as Kickboxing rules, Edwards has fought under Western Boxing rules where his record stands at 5 - 1, and is a former Australian Heavyweight Champion (2015).

Edwards has fought at most of the highest level pro-Kickboxing tournaments including 'K1', 'Glory', 'It's Showtime' and 'SuperKombat'  going 8 - 7 in those promotions. He holds the notable achievement of having the fastest win of a K1 tournament by total accumilated time, beating out veteran Jerome LeBanner who previously held the record. His total time of 3 minutes and 28 seconds surpassed LeBanner's record of 4 minutes and 4 seconds which had came 9 years earlier.