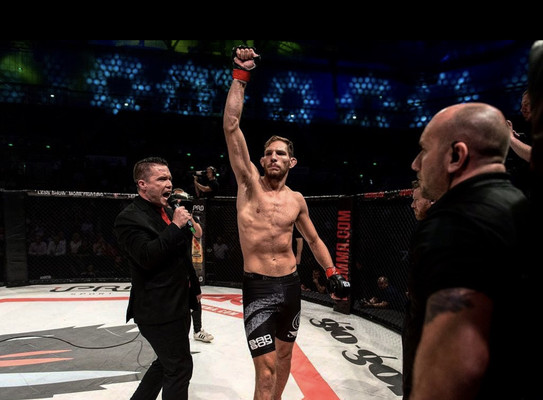 Fighting for a major organization has made Luke Barnatt ineligible for regional rankings.

Luke Barnatt is a middleweight fighter currently signed to the UFC. He is a veteran of UCMMA, BAMMA and the UFC. Of his seven wins, five have been finishes including three submissions. He has won the "Fight of the Night" bonus one time.

Luke began his professional career fighting throughout England and was able to notch a 5-0 record in under a year. He was quickly signed by the UFC to appear on The Ultimate Fighter 17. He was able to defeat Nicholas Kohring by decision to earn his spot in the house. Barnatt had a solid performance in his opening round fight and was the first overall pick for the season by Chael Sonnen. Jon Jones then picked Luke Barnatt to fight Team Jones' fourth pick, Gilbert Smith, on the second episode of the season. Barnatt moved on to the quarterfinals by defeating Gilbert Smith via flying knee TKO in the 2nd round. He would be eliminated from the tournament by the last overall pick, Dylan Andrews, when he was knocked out in the third round.

Barnatt made his official UFC debut at the TUF 17 Finale when he took on Coliln Hart and was able to secure a unanimous decision victory. He fought Andrew Craig at UFC Fight Night 30 in Manchester, England. In an exciting fight, Luke was able to pick up a submission victory in the second round as well as the "Fight of the Night" bonus. His next match he would finish Mats Nilsson in the very first round by TKO at UFC Fight Night 37.

While still be a talented fighter and young fighter, with a large following, Barnatt will most likely be signed by another promotion soon.

On 10 August, Barnatt announced that he has signed with Italian promotion - Venator FC. Surprising many, who thought he would end up in Bellator or WSOF. A young and relatively unknown promotion; he is easily their biggest star. So far VFC has only put on 5 show and a Italian version of The Ultimate Fighter. It is not known yet when Barnatt will make his debut with the promotion.