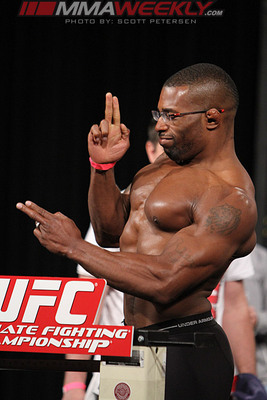 Gilbert Smith is ineligible for regional rankings due to inactivity.
Fighters must have at least one completed MMA bout in the past two years to be ranked.

Gilbert Smith was a competitor on Team Jones of the 17th season of The Ultimate Fighter. Smith won his fight to get into the house via arm triangle against Eric Wahlin. Gilbert's performance lead him to be the 4th round pick of Jon Jones. Jon Jones selected Gilbert Smith to fight in the opening fight against Team Sonnen's #1 pick Luke Barnatt. Smith was defeated by flying knee TKO in round 2 by Luke Barnatt.