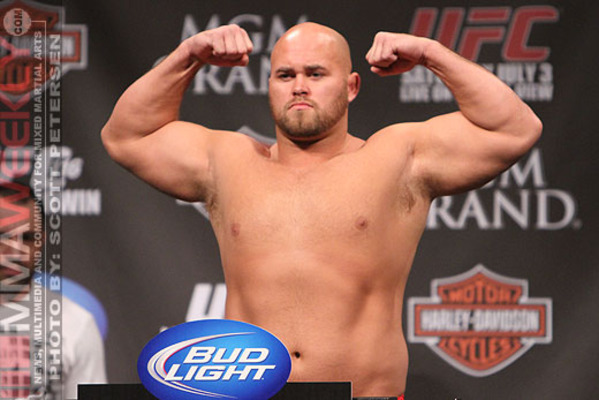 Jon Madsen is ineligible for regional rankings due to inactivity.
Fighters must have at least one completed MMA bout in the past two years to be ranked.

A decorated collegiate wrestler, Jon Madsen earned a shot in the UFC after making it to the quarterfinals on the tenth season of The Ultimate Fighter. He is known for his tenacity, and as being one of former UFC Heavyweight Champion Brock Lesnar's main training partners.

Upon his entrance into the UFC in 2009, the expectations for Madsen were not particularly high. After reeling off four straight victories, including wins over Karlos Vemola and Gilbert Yvel, Madsen proved that he is capable of competing at the highest level.

Madsen largely relies on his size, strength, and significant wrestling prowess in his fights, often wearing opponents down with takedowns and ground-and-pound.