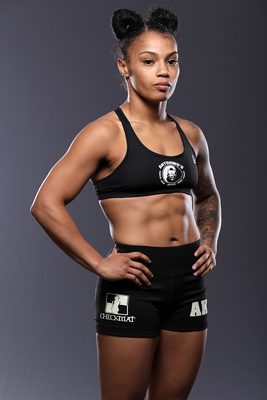 Brianna Fortino is ineligible for regional rankings due to inactivity.
Fighters must have at least one completed MMA bout in the past two years to be ranked.

Anicia Brianna Van Buren (born August 4, 1993) is a mixed martial artist (MMA) from the United States, competing in the strawweight division for UFC. She is a former Invicta FC Strawweight Champion.

Brianna debuted in the UFC against The Brazilian Gangsta Livia Renata Souza via Unanimous Decision at UFC on ESPN+ 13 the 13.07.2019.

Brianna withdrew her scheduled fight for UFC on ESPN+ 24 against Hannah Cifers.