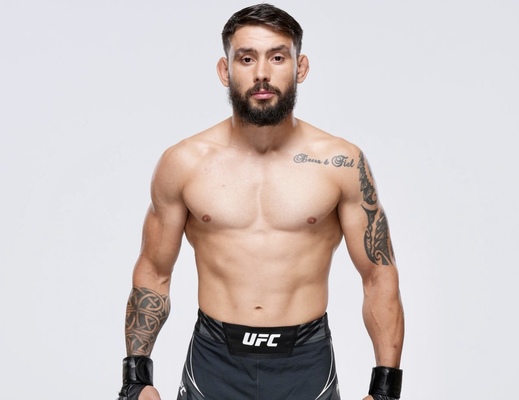 Fighting for a major organization has made Rogério Bontorin ineligible for regional rankings.

Bontorin made his professional MMA debut on the 6th of April 2013 on the regional scene in Brazil against Genilson Lacerda in a contest that would be finished in the first round by Bontorin submitting Lacerda by rear-naked choke. Bontorin would go on an impressive run through the regional scene and build an 13-1-1 before appearing on Dana White's Contender Series Brazil 1 in 2018. After submitting Gustavo Gabriel Silva in the second round of their contest by rear-naked choke Bontorin would get offered a UFC contract.

On Bontorin's UFC debut he would face Magomed Bibulatov, the fight would go the distance and Bontorin would end up victorious after a split decision. Bontorin would also win his second UFC fight by doctor stoppage in round 1 against Raulian Paiva. Following Bontorin's early UFC success the Brazilian would lose twice, Ray Borg and Kai Kara-France defeated Bontorin by decision and KO respectively. In 2021, the same year as his loss to Kai Kara-France, Bontorin would get back to his winning ways after taking his fight with Matt Schnell to the judges and winning by unanimous decision.