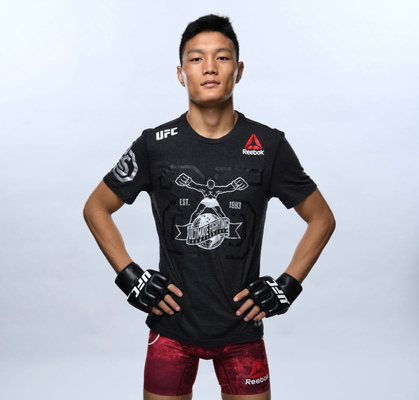 Fighting for a major organization has made Sumudaerji ineligible for regional rankings.

Su Mudaerji was born on the 20th of January 1996 and is the first UFC fighter of Tibetan descent. During his youth Mudaerji used to herd cattle in the mountains of his area. At the age of 14 Mudaerji would join Embo Fighting Club in China, he would start practicing Sanda in 2010 and even went on to win the second place in the Sichuan Youth Sanda Championship. In 2015 Mudaerji would transition to MMA.

Mudaerji would start and fight the majority of his career thus far for the Wu Lin Feng promotion based in Zhengzhou China. Mudaerji would make his debut in January 2016 in WLF: E.P.I.C. 1 against Seung Heon Lim, a fight that Mudaerji would win by a first round doctor stoppage. After losing his second fight against Yusuke Uehara 2 months later, Mudaerji would go on an impressive 7 fight win streak over 2 years with an impressive 4 first round KO/TKO finishes improving his record to an excellent 8-1. On the 13th of January 2018 Mudaerji would get his shot at the WLF Flyweight Championship in a bout that he would lose against Abdulla Aliev by submission in the third round. Despite not fighting for the WLF title again, Mudaerji would appear 4 more times in the promotion losing once and winning 3 of his fights, all in the same year (2018).