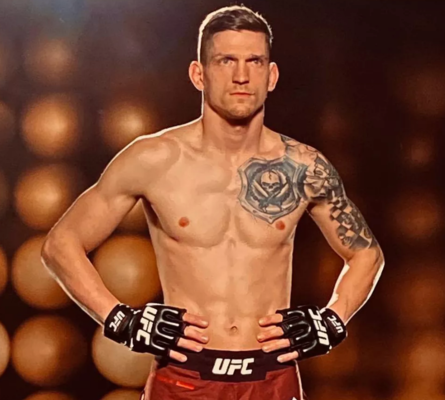 Fighting for a major organization has made David Dvořák ineligible for regional rankings.

David Dvorak was born and raised on a farm in the Czech Republic, surrounded by farm animals Dvorak would build a positive relationship with animals and currently keeps a domestic cat. Dvorak also was a competitve chess player, in 2015 Dvorak would graduate from the University of Hradec Kralove with a Bachelor's degree in Sports Management. During a large part of his career Dvorak combined his training with a job to sustain himself, Dvorak worked for 3 years as a construction engineer and for 5 years as a gravedigger this is also where he got his nickname "Undertaker" from.

A year after starting with practicing MMA Dvorak would make his professional debut, this was in 2010 against Filip Macek on the regional Czech scene, the then 18 years old Dvorak would lose by unanimous decision after 2 rounds. after a bumpy first 2 years in which he would build a 4-3 record on the regional scene, Dvorak would go on a 7 year long win streak that would see him 13 times in a row with every single fight being finished by either TKO, KO or a submission. Dvorak would go on this absolutely mental winning streak in various promotions, GCF and XFN being the ones where Dvorak would be seen for the majority of his fights. On May 22, 2015 Dvorak would win the GCF Flyweight Championship after needing a little over a minute to TKO Tomas Zak.

Dvorak would get his UFC debut in 2020 against Bruno Gustavo da Silva on UFC Fight Night: Lee vs. Oliveira, a debut where Dvorak would be victorious after going the distance. That same year Dvorak would fight Jordan Espinosa on UFC Fight Night: Covington vs. Woodley, again "Undertaker" would win by unanimous decision after going the full 3 rounds and taking it to the judges. On the 22nd of May 2021 Dvorak would extend his win streak against Juancamilo Ronderos on UFC Fight Night: Font vs. Garbrandt, this fight would see Dvorak's first finish in the UFC after submitting Ronderos a little under 3 minutes into the first round by rear-naked choke. Dvorak's current record is 20-3 (3-0 in the UFC) and he currently is on a 16 fight win streak lasting almost 9 years (October 7, 2012 - now).