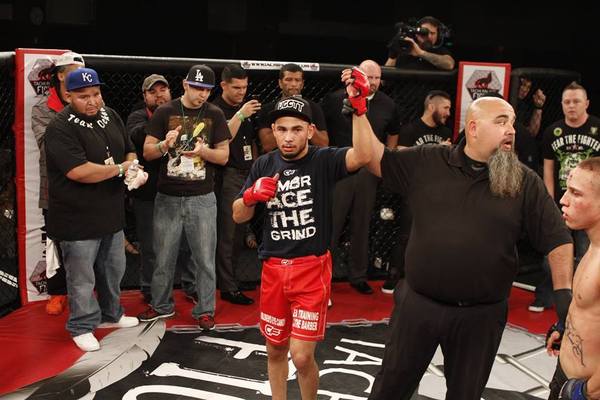 Fighting for a major organization has made Alex Perez ineligible for regional rankings.

Alex Perez was born in Handford, California on the 21st of March 1992. In the sixth grade Perez started wrestling, in his sophomore year in college Perez was the regional champion and an All-American wrestler. After completing high school Perez started helping his friends prepare for MMA fights using his wrestling abilities.

On the 6th of May 2011 Perez would make his professional MMA debut against Jesus Crasto in TPF 9 and win by TKO in the first round. TPF would be the promotion in which Perez fought most of his fights from 2011-2017. In 2015 Perez would win the TPF Flyweight Championship after taking Anthony Figueroa to a decision.

In August 2017 Perez would get his chance to earn a UFC contract on Dana White's Contender Series 5 against Kevin Gray. Perez would need 2 minutes and 54 seconds to submit Gray by anaconda choke and earn himself a UFC contract.

On the 9th of December 2017 Perez would make his UFC debut against Carls John de Tomas and (again) win by anaconda choke, this time in round 2 of the contest. Perez would need no more than 3 years to earn himself a shot at the UFC Flyweight Championship against Deiveson Figueiredo on the 21st of November 2020 after two back-to-back Fight of the Night performances earning him wins over Jordan Espinosa and Jussier Formiga. Perez would lose his title fight with Figueiredo after being submitted in the first round. Alex Perez currently has a 24-6 (6-2 in the UFC) record.

Marcos Rogério de Lima is 37 today! Send him a Tweet.